Whilst looking through some old images I came across my black and white negative file dating back from the 1970s. As I opened the file the first page was of scrapped steam engines that I had taken at Woodham Brothers  Scrapyard in Barry, South Wales, UK.  This was the end of the line for these once magnificent steam locomotives.  Looking at the images I thought these would make a good subject matter for a new gallery of Steam Engine Photography, or other use.  I scanned a few strips and the result of the first image was flat, no definition and against a bland grey sky.  Not happy with the results from the scan, I put one into software under the Detail Extractor and Extreme details made a few adjustments, imported the file into package and used the Fine Art Process template.  I made a few adjustments and removed the most obvious scratch lines, which produced the final results as shown.

I was very pleased with the results and from a flat and uninteresting image the result has atmosphere and impact.  Even with the use of ICE, noise reducing software, during the scan the image is still peppered with dots.  The pitting is further accentuated by the software process and I think it adds impact and atmosphere to the end of the line and end of an era.

Over the last forty years great strides have been made by collectors and preservation societies with approximately 213 steam locomotives rescued.  Most are back in regular service throughout the UK.  One could say the end of the line was also the start of of the line for steam preservation in the UK.

End of the Line images 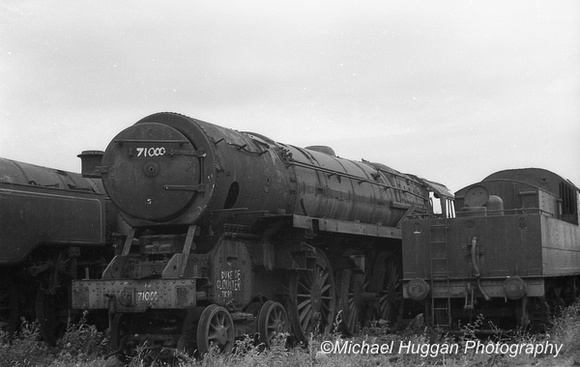 7100 Duke of Gloucester in a sorry state at Barry scrapyard during the 1970s.

This was the first image I scanned which is flat and uninteresting. 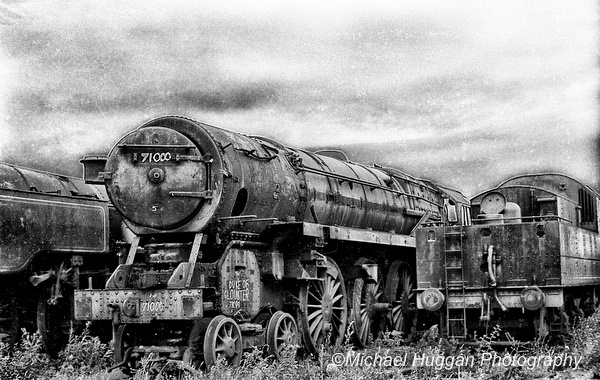 The image after adjustment now has atmosphere and impact.

The images below are a few that had a similar adjustments using NIK software. 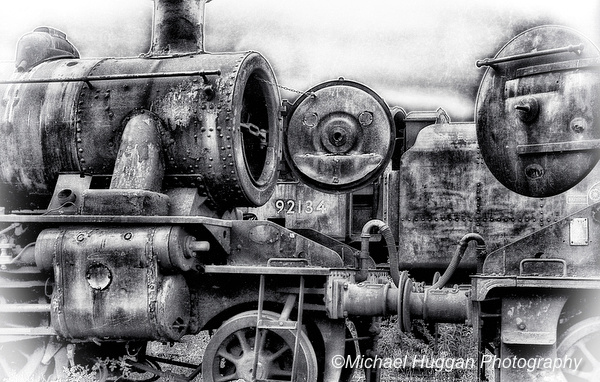 The locomotive 92134 Class 9F can just be seen in the background arrived at Barry Scrapyard in 1976 and subsequently has been rescued and restored after staying at Barry for over thirteen years. 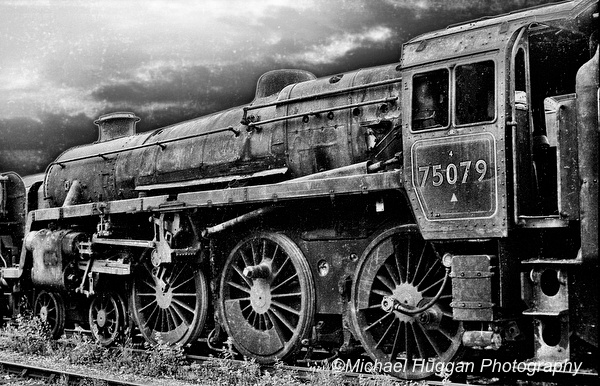 Locomotive 75079 is now running on the Mid Hants Railway Watercress Line which is about one mile from where I live, so I get to see this and other locomotives. 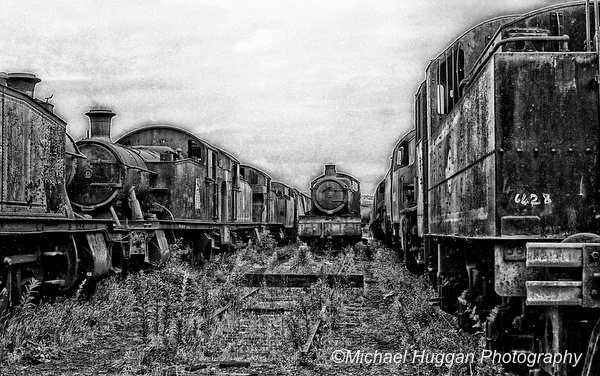 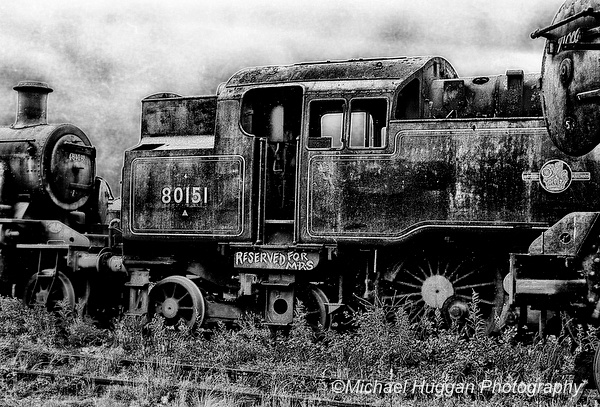 BR Standard locomotive 80151 Class 4MT has been fully restored and is working on the Bluebell Railway in Sussex,UK. 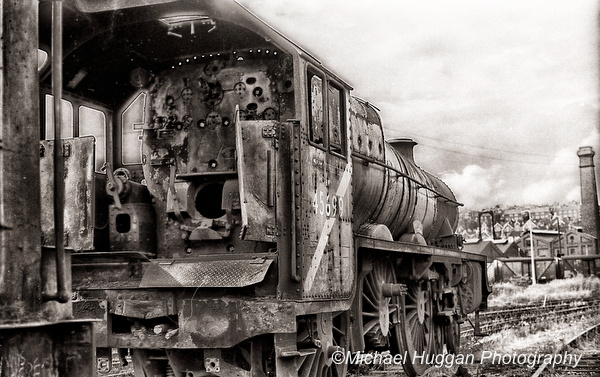 ​Locomotive 45699 is now operational on the main line running steam specials and as of 2014 in British Railways Crimson Livery.